I've been doing a lot of small commissions recently. Here are some faves. 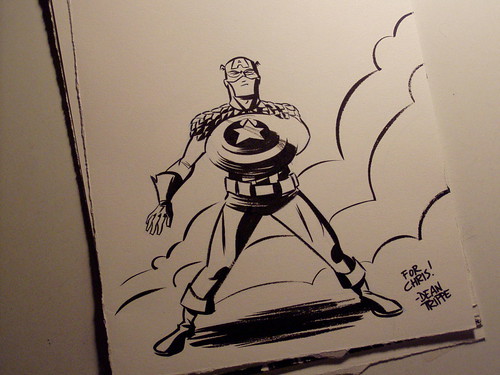 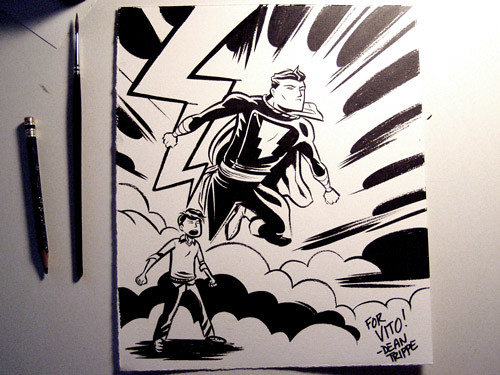 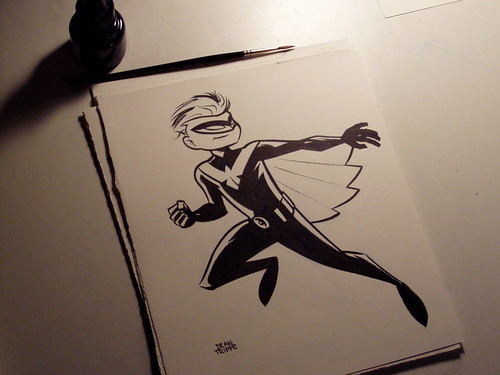 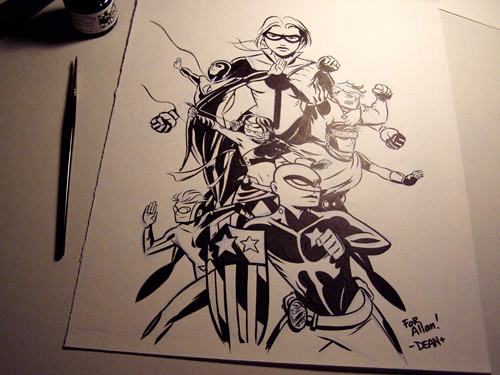 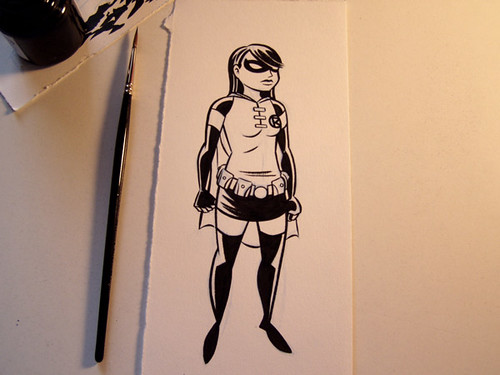 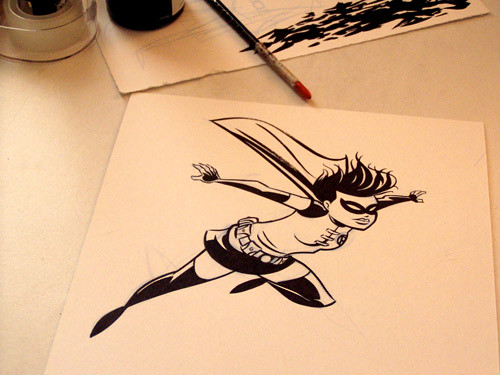 They look coool! The lines feels very superhero so I think this is right on track.

That group piece is really good.

One quick question.
Is the female Robin actually one from the comics or something that someone requested. I know there's one in Dark Night Returns and Spoiler (think that's her name) was Robin for a very short while but I can't remember seeing a dark haired one before.
(\__/)
(O.o )
(> < ) Bunny says you need to read

They are all great, but the best is the little Nightwing.
Leonardo Finocchi

These are very cool. (LOL, as if you didn't know that already.)
I'm impressed by the way you're rendering (or not rendering) lit surfaces. Cap's shield is the best highlight I've ever seen on plain brush drawing. You ink like a watercolor painter.
BTW< that ?Young Avengers? piece is compositionally extremely impressive.

The linework is great! Heck, the whole drawing is excellent, but I really like your inking.
Blogs away!
Top

I'd be on cloud nine if I could ink like that! The lines look so fluid, almost as if they'd run off the page if you picked it up.
Don't knock the weather. If it didn't change once in a while, nine out of ten people couldn't start a conversation --- Kin Hubbard
Top

They are so smooth, it amazes me that they're actually stuck to the paper! It looks like you scanned the empty pages and put the superpeople on top from illustrator or something. Great work, I especially like the feet for some reason.

Thanks you guys! I've really been enjoying drawing on paper again.

Wendy - Actually, this particular Robin is of my own design. I call her Robin One. I made her up for a Batman story I wrote in my head one time about Bruce Wayne becoming mayor of Gotham and Tim Drake heading up the bat-vigilantes as Nightwing. However, there have been two female Robins of note, Stephanie Brown in 2004, and Carrie Kelly from Frank Miller's 1985 Elseworlds tale, Batman: The Dark Knight Returns.

Leonardo - Thanks! That one's actually a Robin, too, though clearly influenced by Nightwing's design. Someone commissioned me to draw them a sketch of what a 'Robin Beyond' might have looked like, so that's what I came up with, drawing from the animated Nightwing, Robin, and Batman Beyond designs.
Dean Trippe | Butterfly | Project Rooftop | LiveJournal
Top

I LOVE Cap's shield and the burst around Shazam. Gorgeous inking, Dean!

I was looking at your drawings again and I´m amazed with your brush skill, wish I have half of that. You made me your fan.
Leonardo Finocchi

Super stuff, my friend.
http://scottbrown71.blogspot.com/
"If you want to make God laugh, tell him about your plans."
~Woody Allen
Top

aw, yes.. i'm all about these, more black the better!
http://www.CHUCKBB.com

Users browsing this forum: No registered users and 16 guests