The movement in your characters is just amazing! The panel with the mouse hitting the ground in the new page is sooooooo spot on! Looking forward to more from this beautiful tale!


Lorenzo!
Buy and preview books by The Etherington BrothersHERE!
Top

Persona Animus is not dead; I have just had other things eating my time this past month. New page this week, before the convention. Which reminds me:

I will be attending the Alternative Press Expo in San Francisco next weekend-- booth 282, if anyone wants to stop by and say hi! 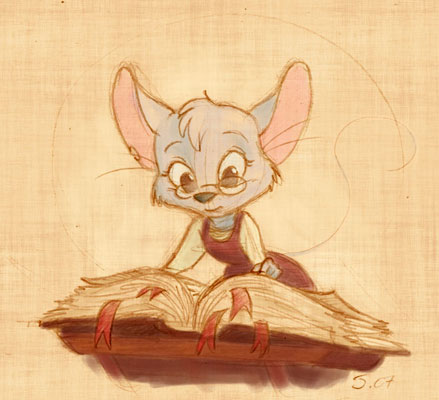 "Once, there were only wilderkin..."

I've been waiting to see what happens next. You got me hooked!
Top

Thanks Jake, Wei2k! Sorry to keep you waiting.

Lorenzo, high praise, thank you!
"Once, there were only wilderkin..." 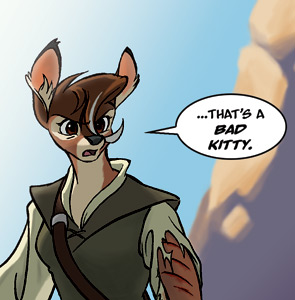 Also, I will be at the Alternative Press Expo in San Francisco this weekend promoting the comic. Stop by and say hello! Booth 282! I'll have PA buttons and prints, and an oil painting of Elise!
"Once, there were only wilderkin..." 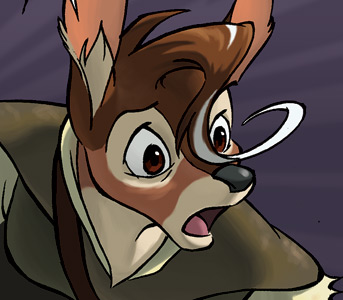 Thanks to everyone who stopped by to say hello at APE! I'm back from San Francisco and so the updates should pick up regularly again.

After telling everyone that I update every Thursday, I discovered that I had not brought my scanned inks for page 10, or my templates, or my fonts, to San Francisco with me. So apologies if you have been wondering where the new page is.
"Once, there were only wilderkin..."

Hey John, what's up? Great meeting you at APE! Keep up the good work and tell Rick and Michelle (et al. ... ) I said hi. 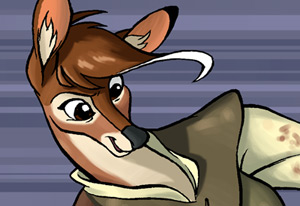 I'm not dead! Page 11. Besides ruining the inks the first time through, I had some paying work that delayed the update. Page 12 should be hot on the heels of this as I try to catch up a bit.
Top

Keeps getting better and better, Sank'!

Just fantastic! Glad to see some new updates! Been waiting for 'em!

Keep scribbling, it's all amazing!

Lorenzo!
Buy and preview books by The Etherington BrothersHERE!
Top

This is great work! It's interesting seeing a deer in a heroic role. You woundn't think they could fight. Great consistency in style. The coloring is very solid, as well.

Thanks everyone! Seth: yeah-- I wanted to get across a couple of things with Moira-- that although deer are sleek and graceful, they are also massive and powerful; that animal race is not always a determination of character; plus she is a follower of the moon/nature goddess, so there's that classical Artemis/Diana symbolism there too.

I had an interesting comment on my LiveJournal, someone who was confused by the presence of both anthropomorphic animals and normal animals, so I decided a bit of world explanation was in order, for people that were unable to infer it from the preamble on PA's main page:

The people in this world, the anthropomorphic animals, were raised up from normal animals, called wilderkin, and given intelligence and insight by the gods of the world. But the wilderkin remained, afterwards, as a reminder to people of their origins and of their connection to the natural world. It is a reminder that bothers many people, since unlike our world the physical resemblance between people and wilderkin is very close. Because of this there is a tendency among people take civilization and its trappings very seriously, as it is widely considered the proof of people's superiority over wilderkin. As in our world, the truth is more complicated than that.

So, yes, there are normal animals in the world as well as animal people. It is perfectly normal to see a horse person riding a wilderkin horse. In fact this relationship between wilderkin and people is central to the current story. I am sorry that it is taking so long to get to the meat of it. I will say that the choice to tell this story with anthropomorpics was not arbitrary. In the words of Chuck Jones, "it is easier and more believable to humanize animals than it is to humanize humans."
"Once, there were only wilderkin..." 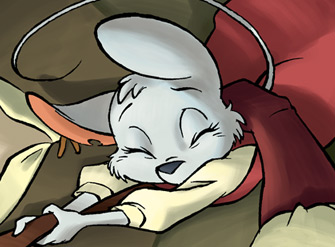 Great to see the updates.

Users browsing this forum: No registered users and 7 guests