I haven't posted anything in years, but I finally got something I was happy with sharing. It doesn't have the text in it yet, but I hope you all like it! Let me know what you think. It's really late, and I'm not terribly literate with the interwebs, so if you don't mind heading over to my flickr account, all the pages are in order.
http://flickr.com/photos/matthewsheean/ ... otostream/
I'm very sorry I couldn't figure out how to put the pictures into the post, without 'em being all funky, maybe it's just flickr.
Top

thanks, man! My awesome web designing wife is going to help me understand this posting thing better, so here are the images in the post...hopefully...for easier viewing and understanding. 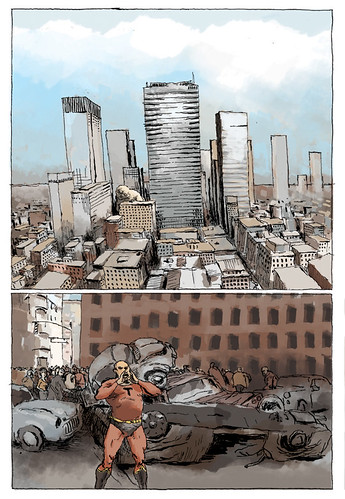 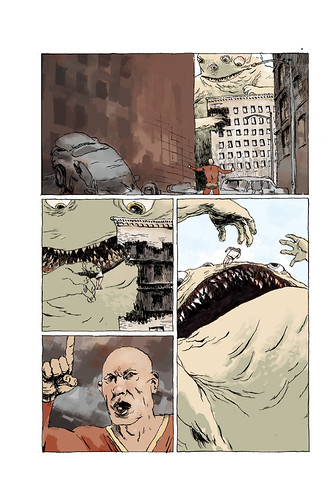 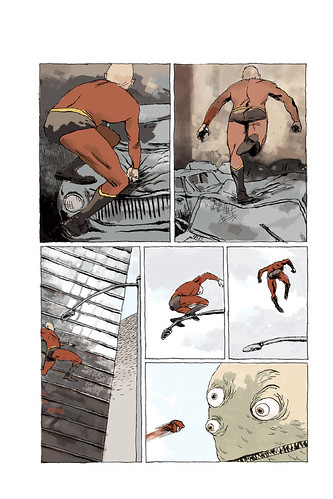 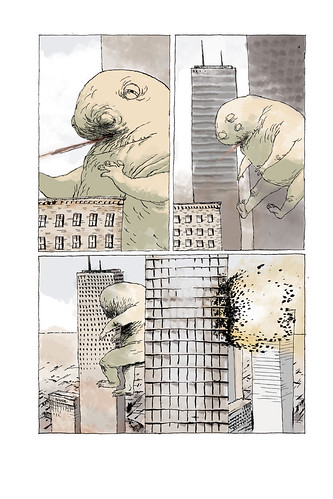 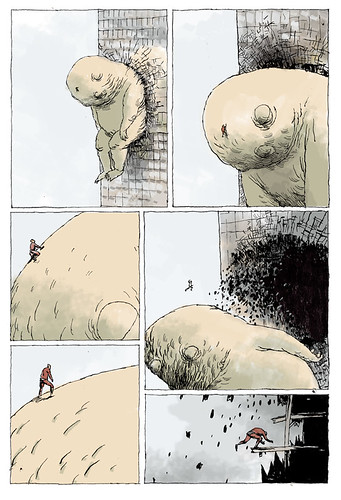 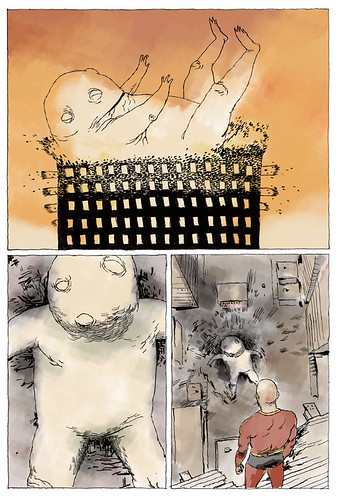 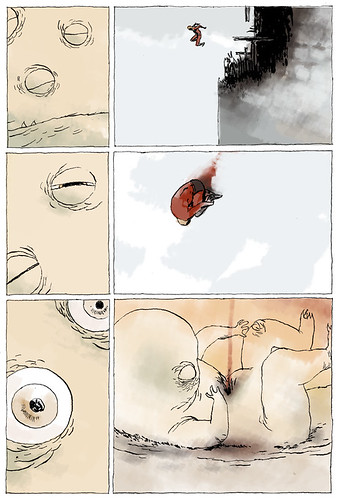 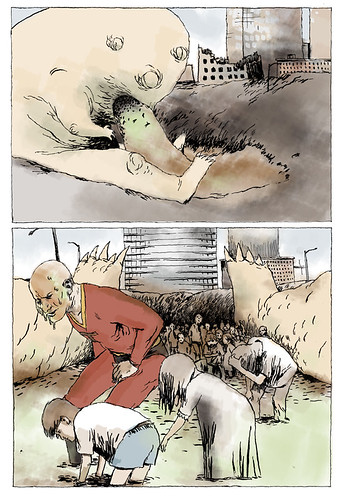 and the preview sez it works, here you go!
Top

I'm glad you like it! I forgot to add that I'll be updating this particular comic soon. My wife and I are moving right now, so all I have time for is posting, not much drawing.
www.mattsheean.blogspot.com
Top

great artwork and the pacing of the story is perfect.
Top

Oh yeah! Mr. Incredible sure showed that monster who's boss. I especially like the part at the end where he's tumbling down and bloody diarrhea's exploding from his tights. Why is Mr. Incredible grabbing his nuts at the end?
http://www.jamesmarstudio.com
Top

Gau dog, We better serve each other in forums like this with honest and constructive critiques aimed at honing each other's skills and by encouraging success in one another through genuine compliments. I understand that the anonymity of a message board is empowering to sarcasm and silliness, but I'd appreciate it if you avoided it around me, at least until we have a more established repoir.
www.mattsheean.blogspot.com
Top

From what I understand, he just vomits all the people he swallowed. It can be confusing at first read in that part, but clear when you read it carefully. Beautifful and loose style. msheean01 wrote:Gau dog, We better serve each other in forums like this with honest and constructive critiques aimed at honing each other's skills and by encouraging success in one another through genuine compliments. I understand that the anonymity of a message board is empowering to sarcasm and silliness, but I'd appreciate it if you avoided it around me, at least until we have a more established repoir.

Ok. I think it's a fun comic and I was just joking mostly. If you got it drawn, to me that's already a success. But you could take some of those comments as critiquish. The character's costume does have a similarity to the Incredibles type. Only thing that's missing is the gloves, mask and logo. Even the T is similar to an I. It's almost like a spoof. I don't know, maybe I'm the only one who has an eye for red streaks unintentionally flying directly out from a character's bottom but the streak during this tumble could be spread out over a wider area to make it less suggestive. I guess when people are exhausted, they normally don't place their hand and over their crotch but on their knee for support. So I just wanted an explanation if that was intentional.

One other thing I would remark on is in the first panel, I can hardly notice the monster. If I were you and realized this, I'd be too lazy to redraw a perfectly drawn cityscape. I'd probably just color the monster something like purple so it would pop out more.

Also when the monster lands on the building, I want more of an impact feeling. Maybe the window blowouts would help it to shoot out all the way at the top and less as they go down.

I think you should stay happy with it regardless of anything I say.
http://www.jamesmarstudio.com
Top

thanks, that's useful stuff! I'll be taking it into account as this here story expands. I did this on a whim, in two days, in an effort to get a job, so any sloppiness/unintended resemblances will be rectified. I typically work in black + white, too so, purple didn't occur to me...

I'm pretty happy with it, though, and do appreciate your input! I'm looking forward to being more active in this forum, finally.
www.mattsheean.blogspot.com
Top

I did this quick illustration whilst drawing with my little brother yesterday. I wanted to post something new, while my wife and I are still figuring out our living situation, and also plug her new blog www.scifipi.blogspot.com. It's a lot of fun, and it's only gonna get better!

Users browsing this forum: No registered users and 7 guests